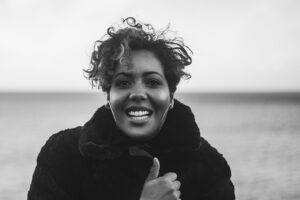 Isabella A. Banks is a freelance photographer from Cornwall, UK. Specialising in portrait, lifestyle and wedding photography.

I was one of the lucky ones; all of the many horror stories about why women stop breastfeeding.

To be honest, Halle didn’t give me a chance to even think about stopping breastfeeding.  She point blank refused bottles, even of expressed milk, so from early on, that was that. To be completely frank, I think that my partner Rob found the reality of being unable to help Halle in her time of need, kind of, helpless. He would even admit to me that he wished he had breasts but as time has gone on, I believe that, actually, it isn’t all that bad that he can’t do the feeding as he is definitely let off from the night feeds!

Luckily, where I live, there are an incredible number of breastfeeding groups in Cornwall and communities where new mums can reach out for advice and help. I went to one specific group not long after Halle was born and asked what I thought was to be a silly question: why does one breast fill up more with milk? Turns out, it was because, unconsciously, I preferred feeding her on that side, simply as she was easier to hold in that direction. After a conversation and a little practice, I got into the habit of feeding her equally from both sides.

I never had the problem of not making enough milk, in fact, I had the complete opposite, I made so much that I actually had an over supply of milk! At two-months-old, Halle was off the percentile chart and it has been the same ever since. So the rumours that suggest that a mother can’t overfeed a breastfed baby, well, I’m not sure how true that really is.

My breastfeeding journey hasn’t been the most challenging, but I think that’s nice to hear. There are so many disheartening stories relating to breastfeeding, with many raising awareness of it being challenging, painful and much more difficult than initially perceived. While this is great for those that do struggle, this could actually deter expectant mothers from even wanting to try.

Don’t get me wrong, the first week or two took some time, as it does with everything. I had to learn and understand Halle: I had to widen her latch, but it was a journey and something we both accomplished together. By going by how I fed with my first child, my son, Lorenzo, he was a completely different baby and fed completely different as well — he was gentle and not as much of a hungry baby like Halle!

On this breastfeeding journey, I’ve learnt that, with some consistency and time, we have made it work. I’ve adored every single second of it and the benefits of seeing her develop and thrive beat every cracked nipple (in the early days) or loss of sleep!

For information if you need help or support check out these: https://www.nhs.uk/start4life/baby/breastfeeding/extra-help-and-support/

A summary of some of the health benefits: https://www.nhs.uk/conditions/pregnancy-and-baby/benefits-breastfeeding/

Information on Breastfeeding in Cornwall: https://realbabymilk.org/

To book in for a photoshoot, head to my Contact page 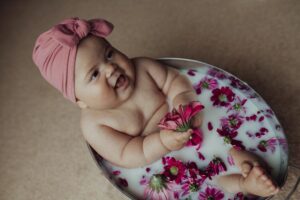 Ever So Dainty | Baby Turbans

Ever so Dainty | Milk Bath | Halle Gioia | Baby Turbans Working again with the fabulous turban brand, Ever So Dainty, 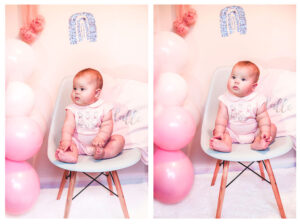 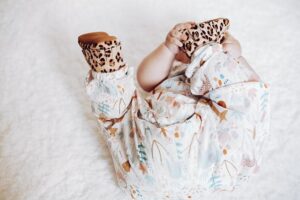 SASS + MEWell, where do I start?! Sass & Me have the cutest and most stylish baby shoes/moccasins, created especially for those